Michael brings fifteen years of water polo experience, dating back to 2002 when he began playing for the Danville Boulevards under 680 co-founder Matthew Mundelius. Michael helped teams to multiple top ten Junior Olympic finishes as a member of Diablo Water Polo Club. At Monte Vista High School, Michael was a team MVP, two-year captain and All-NCS honoree in water polo and set two individual school records and was an All-American in swimming. Michael played four years of collegiate water polo at UC Davis and received Academic All-American accolades. Michael twice represented the United States in the Maccabi Games- in the 2007 Pan-American Maccabi Games under his future college coach, Daniel Leyson, and in the 2013 Maccabi World Games. Both teams won gold medals. Upon graduating from UC Davis, Michael began coaching for 680, assisting the 18U boys and 14U boys, who placed 4th at the 2014 Junior Olympics. Michael served as the 12U girls Head Coach for Santa Barbara Water Polo Club and Santa Barbara Premier Water Polo Club from 2014 to 2015. In the fall of 2016  he resumed coaching for 680 with the 14U boys. In 2017 Michael and Head Coach Miles Price guided the 18U boys to top three finishes in the Kap 7 Invitational and the Futures League Superfinals. 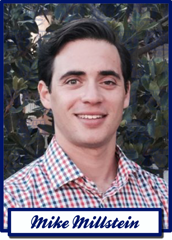