Dave coached Dewing Park Swim Team through college and reentered the coaching life shortly after retiring from Kaiser Permanente in 2017. Since then, he's coached 680 14U and 16U boys, 10U mixed, and 12U girls. He also coaches the Las Lomas boys JV team.

Dave is a longtime Walnut Creek Masters swimmer and is married with two adult children, neither of whom wanted anything to do with Water Polo... 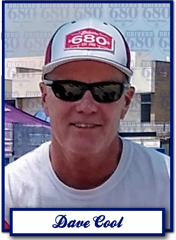